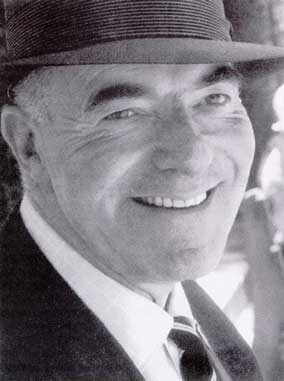 The Man from George Street video

The Man from George Street

This all started a number of years ago in a Baptist church in Crystal Palace in South London.  The Sunday morning service was closing and a man stood up at the back and raised his hand and said:  “Excuse me pastor can I share a short testimony?”  The pastor looked at his watch and said “You have two minutes.”   The man proceeded with his story: “I’ve just moved into this area.  I used to live in Sydney Australia.  Just a few months back I was visiting some relatives and I was walking down George Street.  You know where George Street is in Sydney going from the Business Area out to the colonial area.  A strange little white haired man stepped out from a shop doorway, put a pamphlet in my hand and said:   ‘Excuse me sir, are you saved, if you die tonight are you going to heaven?’  “I was astounded by these words. No one had ever asked me that.  I thanked him courteously and all the way home to London this puzzled me.  I called a friend and thank God he was a Christian and he led me to Christ.”

The Baptists love testimonies like that.  Everyone applauded and welcomed him into their fellowship.

The Baptist pastor flew to Adelaide, Australia the next week and 10 days later in the middle of a three day series in a Baptist church in Adelaide, a woman came up to him for some counseling.  He wanted to establish where she stood with Christ.  She said “I used to live in Sydney and just a couple of months back I was visiting some friends in Sydney and doing some last minute shopping down George Street.  A strange little white haired man stepped out of a shop doorway and offered me a pamphlet and said ‘Excuse me madam, are you saved, if you die tonight are you going to heaven?’  “I was disturbed by those words.  When I got home to Adelaide, I knew this Baptist church was on the next block from me.  I sought out the pastor and he led me to Christ.  So I am telling you that I am a Christian.”

The London pastor was now very puzzled.  Twice in two weeks he had heard the same testimony.  He then flew to preach in the Mount Pleasant Church in Perth.  When his teaching series was over the senior elder of that Church took him out for a meal and he asked the elder how he got saved.  “I grew up in this church from the age of 15.  I never made a commitment to Jesus, just hopped on the bandwagon like everyone else.  Because of my business ability I grew up to a place of influence.  I was on a business trip to Sydney just three years ago.  An obnoxious spiteful little man stepped out of a shop doorway, offered me a religious pamphlet and accosted me with a question:  ‘Excuse me sir, are you saved, if you die tonight are you going to heaven?’  I tried to tell him I was a Baptist elder.  He wouldn’t listen to me.  I was seething with anger all the way home from Sydney to Perth.  I told my pastor, thinking that he would sympathize, but he agreed.  He had been disturbed for years knowing that I didn’t have a relationship with Jesus, and he was right.  My pastor led me to Jesus just three years ago.”

The London preacher flew home and was soon speaking at the Keswick conventions in the Lake District and he threw in these three testimonies.  At the close of this teaching series, four elderly pastors came up and explained that they too had been saved between 25 and 30 years earlier through that same little man on George Street, offering them a pamphlet and asking that same question.

The following week he flew to a similar Keswick convention in the Caribbean to missionaries.  He shared the same testimonies.  At the close of his teaching three missionaries came forward and said that they had also been saved between 15 and 25 years earlier by that same little man’s testimony and the same question on George Street in Sydney.

Next he stopped in Atlanta, Georgia to speak at a Naval Chaplain convention. Here for three days he spoke to over 1000 Naval Chaplains.  Afterwards the Chaplain General took him out for a meal and he asked the Chaplain how he became a Christian.  “It was miraculous.  I was a rating on a Naval battleship and I lived a reprobate life.  We were doing exercises in the South Pacific and we docked at Sydney harbour for replenishments.  We hit King’s Cross with a vengeance.  I was blind drunk, got on the wrong bus and got off in George Street.   As I got off the bus, I thought I saw a ghost as this man jumped out in front of me, pushed a pamphlet in my hand and said, ‘Sailor, are you saved, if you die tonight are you going to heaven?’  The fear of God hit me immediately.  I was shocked sober, ran back to the ship and sought out the Chaplain.  He led me to Christ.  I soon began to prepare for the ministry under his guidance.  I am now in charge of 1000 chaplains who are bent on soul winning today.”

Six months later that London pastor flew to a conference for 5,000 Indian missionaries in a remote part of NE India.  At the end the head missionary took him to his humble little home for a simple meal.  He asked how he as a Hindu came to Christ.

“I grew up in a very privileged position; I worked in the Indian Diplomatic Mission and I traveled the world.  I am so glad for the forgiveness of Christ and blood covering my sin.  I would be very embarrassed if people found out what I got into.  One period of diplomatic service took me to Sydney.  I was doing some last minute shopping, laden with toys and clothes for my children.  I was walking down George Street when a courteous white haired little man stepped out in front of me and offered me a pamphlet and said ‘Excuse me sir, are you saved, if you die tonight are you going to heaven?’  I thanked him very much but this disturbed me.  I got back to my town, sought out our Hindu priest.  He couldn't help me, but he advised me that to satisfy my curious mind, I should go and talk to the missionary in the mission home at the end of road.  That was good advice because that day the missionary led me to Christ.  I quit Hinduism immediately and began to prepare for ministry.  I left the Diplomatic Service and here I am today, by God’s grace in charge of all these missionaries who have together led 100,000 people to Christ.”

Eight months later that London Pastor was preaching in Sydney.  He asked the local Baptist Minister if he knew of a little elderly white haired man who handed out tracts on George Street.  He replied, “Yes I do, his name is Mr. Jenner, although I don’t think he does it any more because he is so frail and elderly.”

Two nights later they went to meet him in his little apartment.  They knocked on the door and this tiny frail old man greeted them.  He sat them down and made them tea.  He was so frail that he was slopping the tea into the saucer as his hands shook.  The London preacher sat there and told him of all these accounts from the previous three years.  This little man sat with tears running down his cheeks.  He told them his story.

“I was a enlisted man on an Australian warship. I was living a shameless life.  In a crisis I really hit the wall.  One of my colleagues, to whom I gave literal hell, was there to help me.  He led me to Jesus and the change in my life was night to day in 24 hours.  I was so grateful to God; I promised God that I would share Jesus in a simple witness with at least 10 people a day.  As God gave me strength I did that.  Sometimes I was ill and couldn't do it, but I made up for the days I missed it at other times.  I wasn’t paranoid about it.  I have done this for over 40 years.  In my retirement years, the best place was on St. George Street where I saw hundreds of people a day.  I got lots of rejections, but a lot of people courteously took the tract.  In 40 years of doing this, I have never heard of one single person coming to Jesus until today.”

You know, I would say that he has to be committed to show gratitude and love for Jesus to do that for 40 years and not hear of any results.  That simple little non-charismatic Baptist man witnessed to perhaps 147,000 people.  I think that God was showing that Baptist pastor from London was the tip of the tip of the tip of the iceberg.  Goodness knows how many more had been arrested for Christ, doing huge jobs out in the mission fields.

Mr. Jenner died two weeks later.  Can you imagine the reward when he went home to be in Heaven?  I doubt his face would ever have appeared on Charisma Magazine.  I doubt there would ever have been a photograph and a write up in Billy Graham's Decision magazine.  No one except a little group of Baptists in Sydney knew about Mr. Jenner, but I tell you his name was famous in Heaven.  Heaven knew Mr. Jenner and you can imagine the welcome and red carpet, and the fanfare that he received when he went home to Glory.   The End.

Frank Jenner, in his own way, and to the embarrassment of some Christians, got to the heart of the issue:  He directly challenged sailors about their standing before God.  His simple question is not a formula for us to copy, but his life is a wonderful testimony of how God can use those who remain faithful to him.

“The harvest truly is plentiful, but the laborers are few.  Therefore pray the Lord of the harvest to send out laborers into His harvest.” (Matthew 9:37-38).

To play the music below, double click
the triangle pointing to the right.
Click the square button to stop.
Click the double vertical lines to pause.

If This Is It 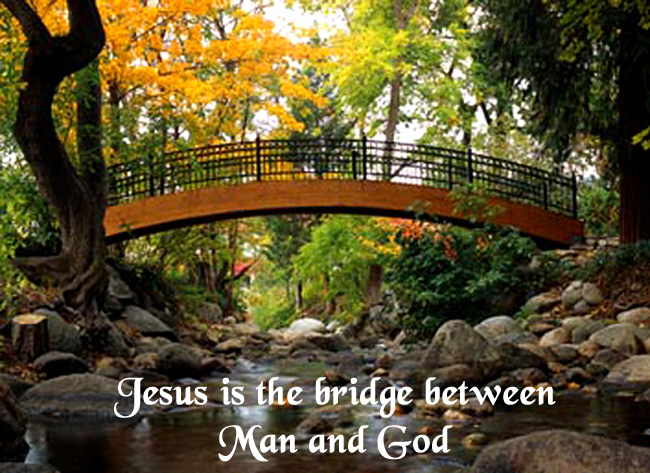 Here is a saying for you,
"It is not a sin to be tempted, but it is a sin to yield". 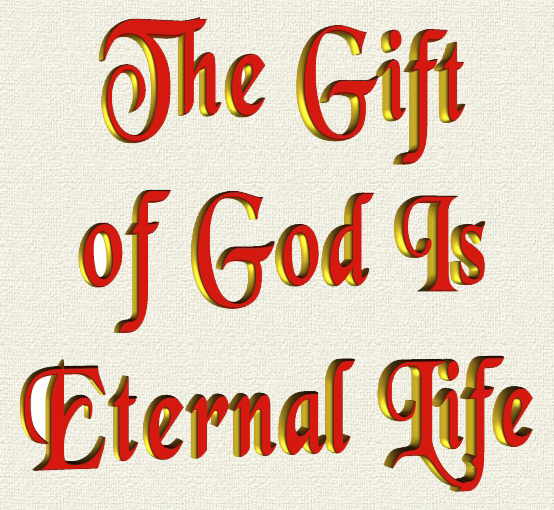 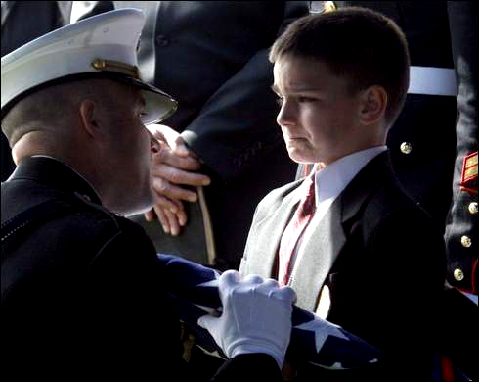 May you be blessed with much joy
May little boys and girls not have to cry about circumstances of war
God bless the men and women in our armed service. 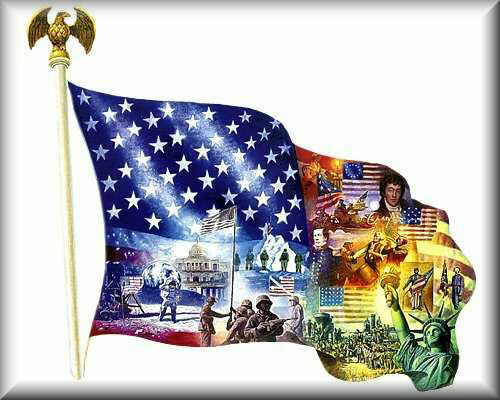 http://www.itisbygrace2.com/
Click the link above to go to the home page

Move your mouse over the words of the menu below:
to see some links for this website