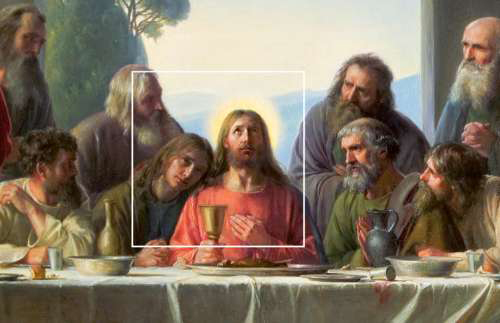 Who was the disciple whom Jesus loved?
Answer:

First, only the Gospel of John mentions the "disciple whom Jesus loved." Second, John 21:2 lets us know who was fishing with Peter: "Simon Peter, Thomas (called Didymus), Nathanael from Cana in Galilee, the sons of Zebedee, and two other disciples were together..." The apostle John was a son of Zebedee (Matthew 4:21). Third, there were three disciples who were especially close to Jesus: Peter, James, and John (Matthew 17:1; Mark 5:37; 14:33; Luke 8:51). The “disciple whom Jesus loved” could not be Peter, as Peter asks Jesus a question in regards to this disciple (John 21:20-21). That leaves us with James or John. Jesus made a statement about the possible "longevity" of the life of the disciple whom He loved in John 21:22. James was the first of the apostles to die (Acts 12:2). While Jesus did not promise the disciple whom He loved long life, it would be highly unusual for Jesus to say, "If I want him to remain alive until I return, what is that to you?" if the disciple whom He loved was going to be the first disciple to die.

Church history tells us that the apostle John lived into the A.D. 90s and was the last surviving apostle. Early church tradition was unanimous in identifying John as the disciple whom Jesus loved. It seems that John had a closer relationship with Jesus than any of the other disciples. Jesus and John were essentially “best friends.” Jesus entrusted John with the care of His mother, gave John the vision of the transfiguration, allowed John to witness His most amazing miracles, and later gave John the Book of Revelation.

Read a different view on this subject.

QUESTION: Who was the disciple whom Jesus loved?
ANSWER:

John and his brother, James were called to be disciples of Christ while they were pursuing their occupation of fishing with their father, Zebedee (Matthew 4:21-23). They immediately left their career to become members of Jesus' original group of the twelve.

James, John, and the disciple, Peter seemed to be the most intimate of Jesus' apostles accompanying Jesus on special occasions. Matthew 17:1 says, "After six days Jesus took with him Peter, James and John the brother of James, and led them up a high mountain by themselves." Because of their favored relationship with Jesus, James and John sought special position in what they erroneously assumed to be Jesus earthly kingdom in Mark 10:37-38: "They replied, 'Let one of us sit at your right and the other at your left in your glory.' 'You don't know what you are asking,' Jesus said. 'Can you drink the cup I drink or be baptized with the baptism I am baptized with?'

Jesus' answer to them was meant to show them that they had the wrong idea of what His kingdom would be like and to point out to them that, although they might want honored places with Christ, they needed to understand that following Christ meant signing up to suffer or endure trials in service to Him and to others. James eventually died as a martyr for Christ and John died a natural death after living in exile on the Isle of Patmos.

Perhaps one of the most reflective statements of the closeness of the relationship between Jesus and John was in the last moments of Jesus' life when Jesus asked John to care for his mother after His death. John 19:26-27 says, "When Jesus saw his mother there, and the disciple whom he loved standing nearby, he said to his mother, 'Dear woman, here is your son,' and to the disciple, 'Here is your mother.' From that time on, this disciple took her into his home."

John, as an apostle of Jesus, not only wrote his eye-witness account of experiences with Christ which were recorded in his gospel, but also wrote the books of 1 John, 2 John, 3 John and the book of Revelation - John's vision of judgment for the wicked and hope for the future of believers. Revelation was written from the Isle of Patmos during his time of exile.

It is interesting that John referred to himself as "the disciple whom Jesus loved." Love was a recurring theme in much of John's writings, this from a man who had learned about love from the master teacher of love. In John's letters (1, 2, and 3 John), he made more than twenty-five references to love. John knew that Jesus knew him and yet loved him fully. 11 John 4:7-10 ays, "Dear friends, let us love one another, for love comes from God. Everyone who loves has been born of God and knows God. Whoever does not love does not know God, because God is love. This is how God showed his love among us: He sent his one and only Son into the world that we might live through him. This is love: not that we loved God, but that he loved us and sent his Son as an atoning sacrifice for our sins." 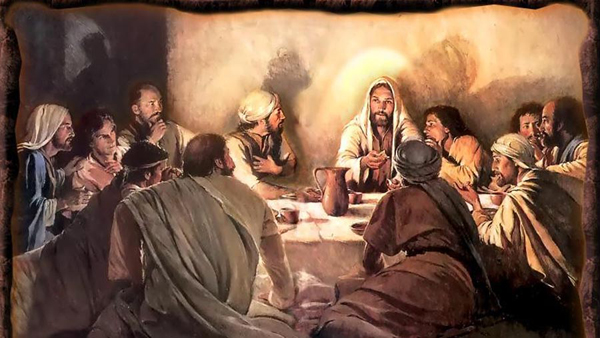 This does not work with Windows 10